The Department of Botany and Plant Sciences traces its lineage to 1907 when the University of California developed the Citrus Experiment Station in Riverside.

Plant scientists played a key role in the success of the Citrus Experiment Station. Scientists in the 1940s identified a tristeza-resistant rootstock to solve a disease problem that threatened to wipe out the state's citrus industry. The grapefruit varieties Oroblanco and Melogold - as well as the recently released Gold Nugget, a sweet, seedless mandarin - are among the many citrus varieties bred by plant scientists at UCR.

The department is fittingly headquartered in Batchelor Hall, named for Leon D. Batchelor, the fourth and longest-serving director of the Citrus Experiment Station who spearheaded the effort to develop better rootstocks and varieties to combat diseases and improve fruit quality.

Since 1978 the Department has expanded in scope and diversity, with greater emphasis on research in basic plant biology, plant genetics, and ecology. The Department was probably best-known for strong programs in plant physiology, particularly stress responses, and hosted an international symposium series initially titled Symposium in Botany, and later the Symposium in Plant Physiology (1985-1999), and Symposium in Plant Biology (2001- date). Through the 1980s and 1990s the Department gradually increased strength in the emerging field of plant molecular biology and cell biology, leading to establishment of the interdepartmental Center for Plant Cell Biology (CEPCEB) in 2002 under the directorship of Professor Natasha Raikhel. In 2009, about one third of our faculty moved to the new state-of-the-art Genomics building located across the street from Batchelor Hall. The department continues to have several outstanding research programs in basic and applied genetics. The plant ecology group has also grown substantially in recent years. Three BPSC faculty members, Professors Chen, Raikhel and Wessler, are members of the highly prestigious National Academy of Sciences, as are two previous faculty members, Zian-Kang Zhu and Michael Clegg. Our dynamic faculty look forward to many additional accomplishments in basic and applied research in plant biology.

BPSC faculty have made hundreds of important discoveries and contributions to plant biology, agriculture and ecology. A few examples are highlighted below.

The effects of mineral nutrients on the yield, fruit size and quality of citrus fruit was poorly understood prior to research on this topic by UCR professors Tom Embleton, W. W. “Bill” Jones, and Chuck Labanauskas. They conducted experiments that established the effects of different macro- and micronutrients on fruit quality, and developed leaf composition analysis as an important tool for growers to assess tree nutrient status and determine citrus fertilization requirements. The standards developed by this team are still used by many citrus growers and advisors worldwide.

Development of plant tissue culture for clonal propagation and recovery of pathogen-free plants was pioneered at UCR by Professor Toshio Murashige. This technique remains an essential component of most plant biotechnology and is widely employed for propagation of ornamental and horticultural crops. The shoot micrografting technique he developed is one of the most important approached used to produce virus-free plants in diverse fruit crops. Professor Murashige trained more than 1000 individuals in these techniques that are now essential for plant breeding and propagation.

Professor Charles Coggins Jr. developed used of the plant growth regulator gibberellic acid (GA) to better manage maturation of citrus fruit. GA application is used worldwide to delay fruit maturation in lemon, to delay rind senescence in navel orange, and to reduce rind creasing in Valencia oranges. Application of this natural chemical to fruiting trees extends storage of fruit on the tree making fresher, higher quality fruit available late in the season. This provides greater profit to growers, more stable employment for field and packinghouse workers, and better fruit for consumers. The economic benefits of his research are in the billions of dollars.

Mandarins (tangerines) are of increasing importance in the United States because of their convenience and flavor, but many varieties are seedy unless grown in isolation. Research in the laboratory of Professor Mikeal Roose led to the development and release of ‘Tango’ mandarin, a late season cultivar with very few seeds and low pollen viability. Tango has been widely planted in California (more than 4 million trees from 2006 to 2011) and is being introduced in other states and countries. Varieties with low pollen viability also reduce conflicts between mandarin growers and their neighbors who produce other crops that require bees for cross-pollination since the bees may visit adjacent citrus plantings and increase seediness if viable pollen is present.

Professor Sean Cutler used a chemical genomics approach to identify the first receptor for the plant hormone ABA, a goal of many plant scientists for more than 30 years. This discovery was runner up for Science magazine’s 2009 breakthrough of the year. Scientists in many labs are now rapidly elucidating the mechanisms by which ABA regulates plant stress responses, and this knowledge is being exploited to develop plants resistant to drought and other stresses. 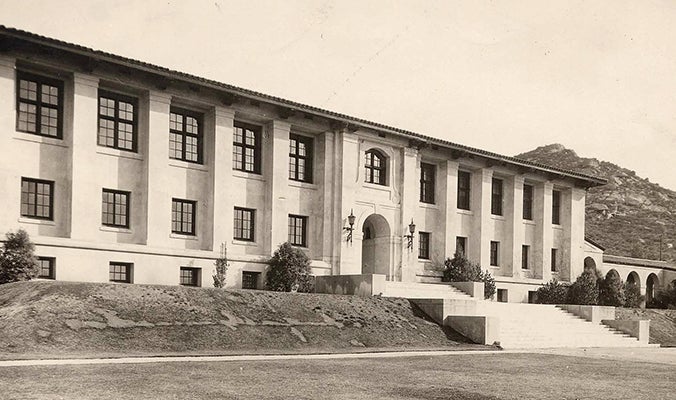 The original home of the Riverside Citrus Experiment Station from 1907 to 1917 was this building on 30 acres at the east base of Mt. Rubidoux 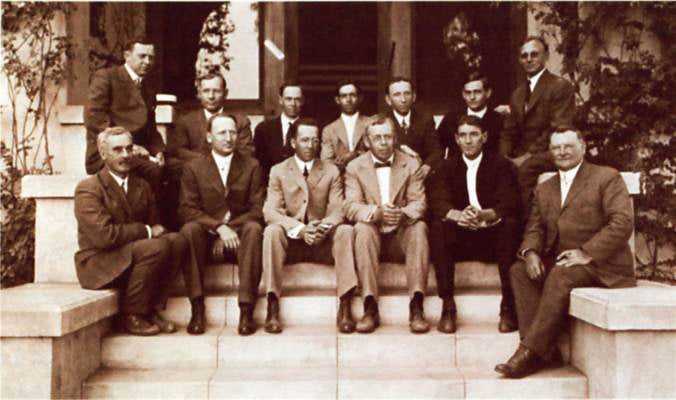 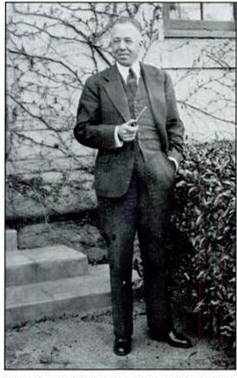 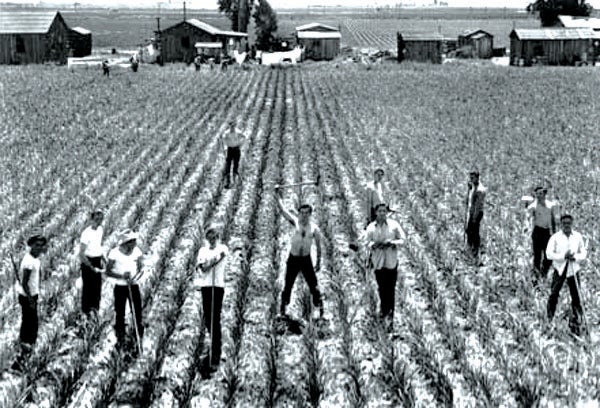 WWII garlic field
Let us help you with your search